On December 23, 2017, SEDO-Togo went to the village of Agové for a Christmas Special day with the Togolese volunteers of SEDO-Togo, the presence of the president and a member of the association KODORIKO, and a delegation of friends from Germany and Italy. This day intended to cheer up the children’s last days of 2017 and to put them in the Christmas mood. Hence the question “What is Christmas?”.

The initially scheduled departure at 9:00 a.m. from SEDO-Togo’s founding president and co-founder’s home was delayed by 30 minutes. After 1:45 we arrived at Agové. The population of Agové, having been impatient to see us, welcomed us with songs accompanied by group dances. At this time, President Eric and Paul (founding president and co-founder of SEDO-Togo) went to greet the chief of the village. The children did everything to make us happy and we were deeply moved. After 15 minutes of dance, the program we had organized for the day was read out loud by Rafiou followed by a speech by Paul for a brief explanation of Christmas. The day’s program was declared open.

A second part of dances and singing by the children was followed by the set-up of the workshops:

At 2:00 p.m. the activities gave way to a meal, which was foufou prepared by the good ladies of the village.
We resumed our activities with the presentation of gifts by Santa Claus (Paul KATRO) and Mrs. Claus (Julia) and the delivery of donations sent by the sponsors of Johannes, Yawa, and Patience.)
There were all the ingredients for a special day and we will remember them all (these events, these photos, these videos, and these highlights).

We shouldn’t forget to mention that some members of SEDO-Togo decided to sponsor some children of the village themselves.
These are:
– Achille HIHEGLO: sponsor of Ami EDHO,
– Victoire DZAHINI: sponsor of Antoinette DUGAN,
– Julia MÜCKE: sponsor of Akossiwa Marie DUGAN and Marie GALLEY,
– co-sponsorship of Kossi Bienvenu GALLEY by Crédo DANSOU and Julia MÜCKE 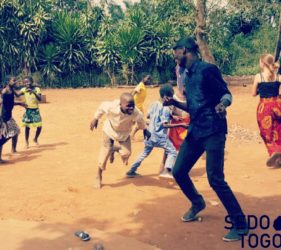 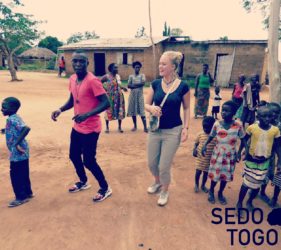 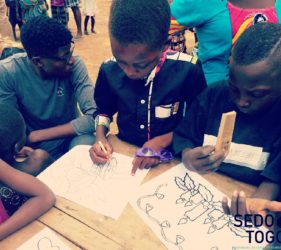 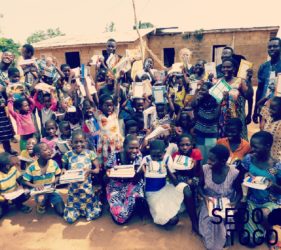 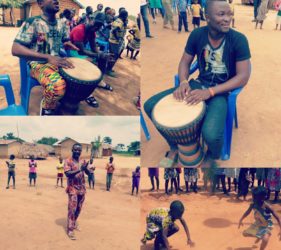 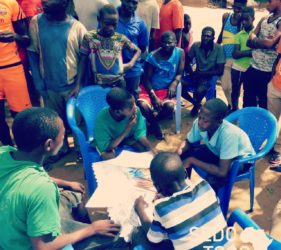 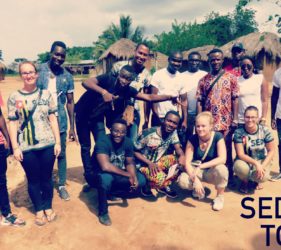 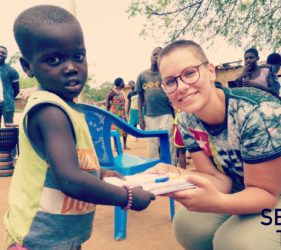 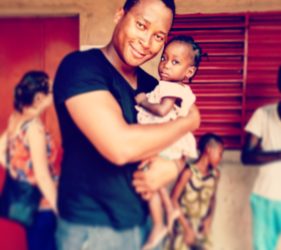 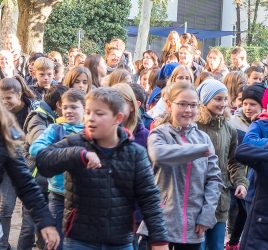 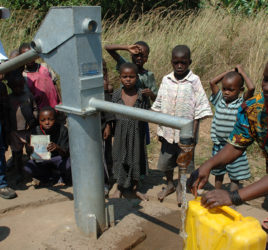 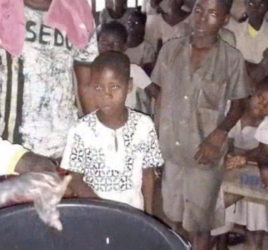